VAG CAN PRO VCP WITH DONGLE

Note: It can not use with VCDS software .

VAG CAN PRO VCP (VAG CAN Professional)supports CAN BUS + UDS + K-Line for diagnostics and programming of electronic components used in vehicles Volkswagen, Audi, Seat, Skoda, made from 1990 to 2015. VAG CAN Pro can completely replaced  VAS5054A ODIS Bluetooth. Is better that VCDS in all aspects. It can do some things that VCDS can’t, OCF will make your life much easier, it takes time to understand how this software works, it’s definitely worth to buy as second software for VAG after VCDS.  It is very good tool for VAG and DGS flash.

NO need engineer codes for coding or programming 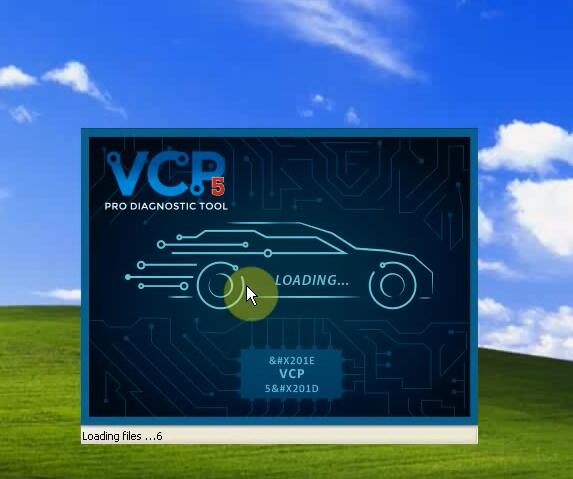 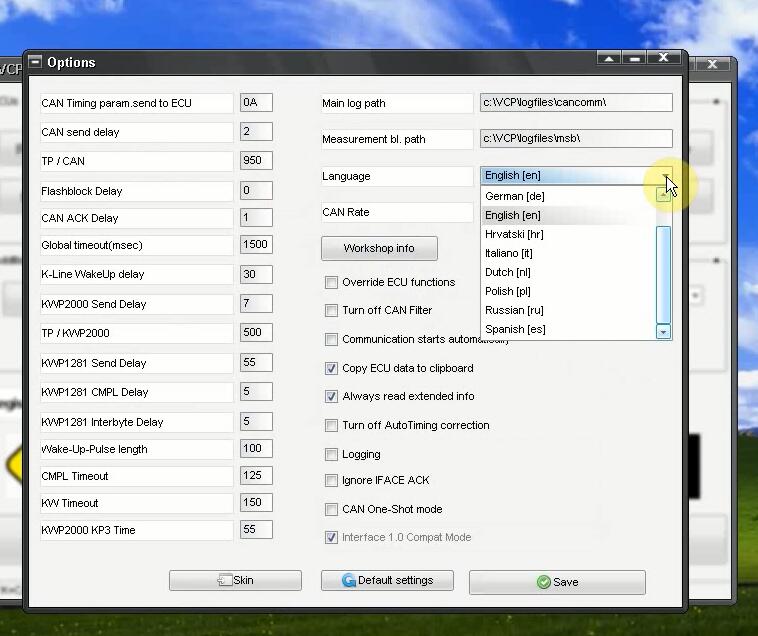 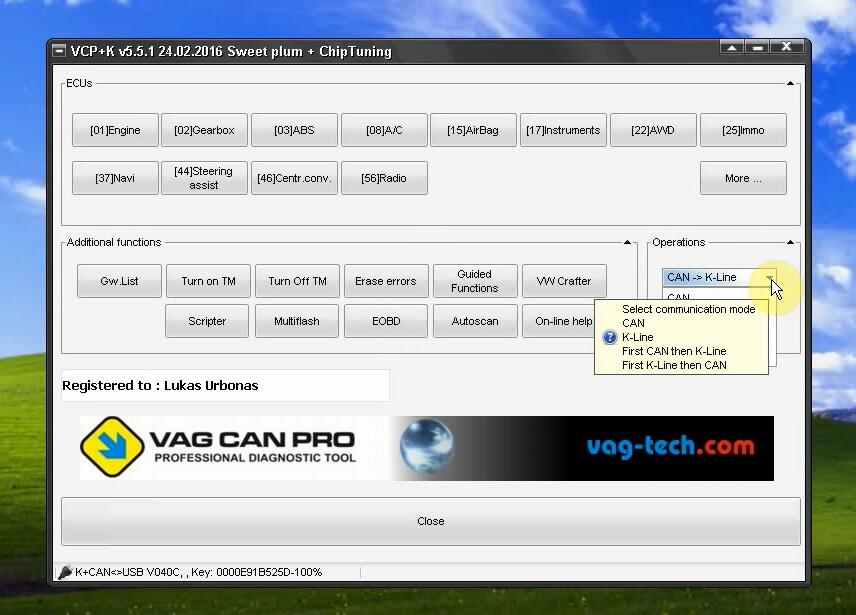 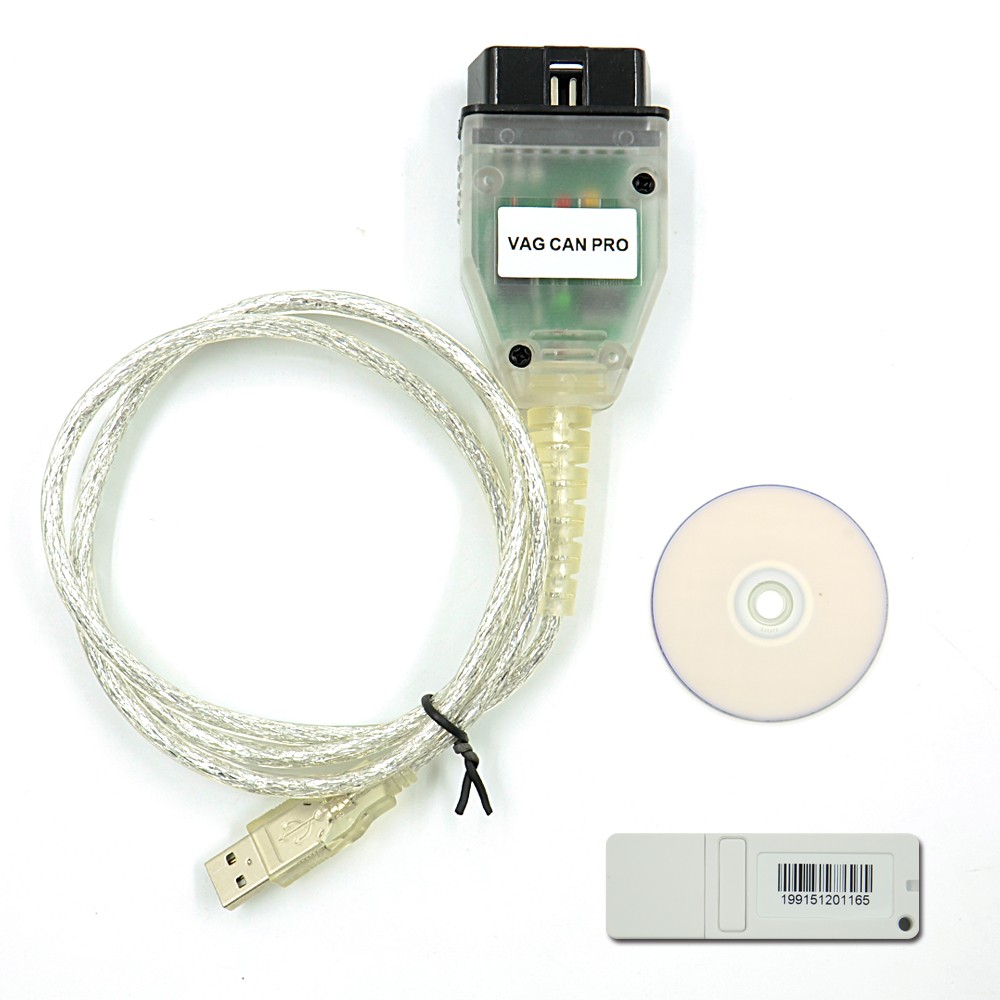 Support for new addresses entered in the MLB-Evo platform
Update database-ODX (support for all models 2015)
ODIS is OEM, so it fully supports every VAG model, but it’s slow and you need online connection for being able to do a lot of things.

VCDS is super fast, best to read DTC’s and do basic stuff and some coding, but it doesn’t work well with new MQB platform.

VCP is little bit a mix of those, reads DTC fast, every feature is done offline, and work very well with MQB.

* Unique features OCLF service procedures (One-Click-Function);
* inexpensive flasher for VAG;
* inexpensive flasher with support UDS controllers;
* ESP MK60EC1 decision coding blocks;
* a tool for a complete diagnosis MQB platform (Golf VII, Octavia III) Support to 01.2013;
* ZDC-loading containers in the electronic components;
* Unlock video in motion (VIM) on the MQB platform (Discover Pro and MMI-MQB);
* Coding controllers for PR-codes;
* “Login finder” – allows you to scan and logins in the CAN controllers UDS;
* Support for the new Polo in 2014 Facelift;
* Support for the new Passat B8;
* Full support of Audi TT-3 on the platform of the IBC;

Major changes in the PR encoder:

* Now it is possible to keep PR-codes of a file
* PR-self-sustaining encoder may select codes known PR-analysis of current data stored in the ECU
* You can compare the data stored in the ECU against the calculated data, choose what you want to download.
* OCF “Activating automatic folding mirrors”, the problem is illuminated space around the machine solved – Thanks Ciamardo / vcp-forum.de

* The new team in the Scripter: GetCardSerial, returns the current smart card number. You can use it to prepare a script that will run only on these smartcards.

* The new procedure OCF “FlashFile Dumper” – can extract content from Flash files (* .SGO, * .FRF, * .ODX) in a binary dump. Note: The source data format is not changed, * so that if a Flash file kriptovat and compressed, the binary file will be the same.

* Reduced time delays during the loading of large data blocks in the non-flash modes.

This contributes to a more stable connection when connected directly to the ECU (Direct Connect), popular among fans VAG

This lead and software is capable of many things VCDS cannot achieve. i.e. Coding the RLS, ABS Module etc

Please remember to allow the software to connect to the car, you must run the program as administrator, you could alternatively right click the desktop icon>Properties>Compatibility>Run as administrator, Apply and ok.

VAG CAN PRO CAN PROGRAM EEPROM AND COMPONENT ECU WHEREAS VCDS CAN ONLY 'SOFT CODE' A COMPONENT. IT CANNOT ACCESS COMPONENT ECU DATA WHERE AS THIS SOFTWARE CAN!

VCDS is user friendly and you can be a complete novice and use it due to the amount of youtube tutorials. VAG CAN PRO is slightly harder to use but it’s because it goes the extra mile further with diagnostic testing.

Notes for Audi A4
1. Option A4 8E B6 model
This model has a can-bus (TP1.6), but it is not connected to the diagnostic socket. The car is fully diagnosed on the K-line (VCP required interface + K). Used protocols KWP2000 and KWP1281 it.
2 .Model A4 8E, B7 option
This model has a CAN BUS TP2.0, but the diagnostic socket is only connected to the so-called CAN-Antrieb, i.e. Engine, transmission, airbags, ABS, Quattro drive.
In addition, a standard K-line. In other words, VCP fully supports the diagnosis B7 models, but only in the CAN-Antrieb. Other controllers are available through the K-Line and KWP2000 KWP1281 protocols. 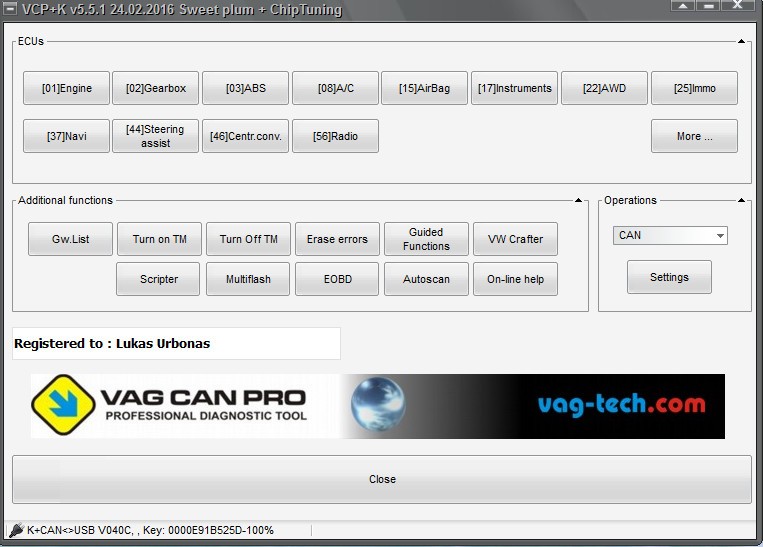 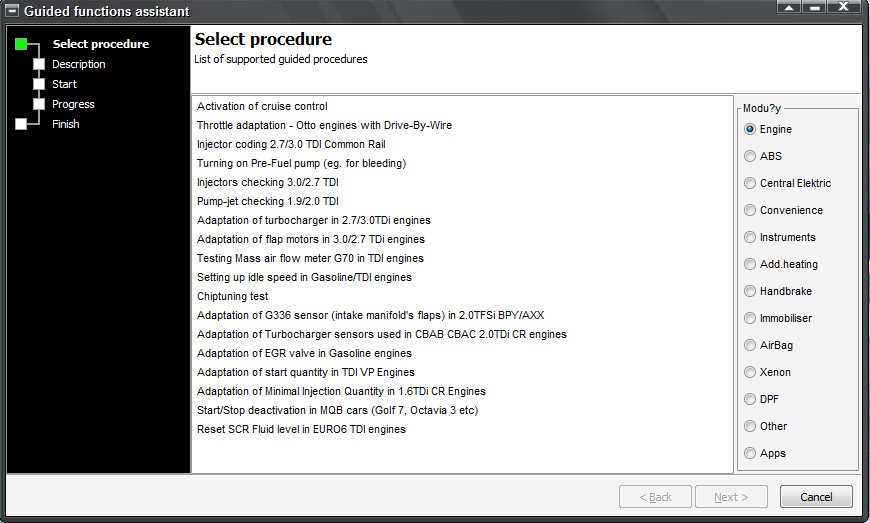 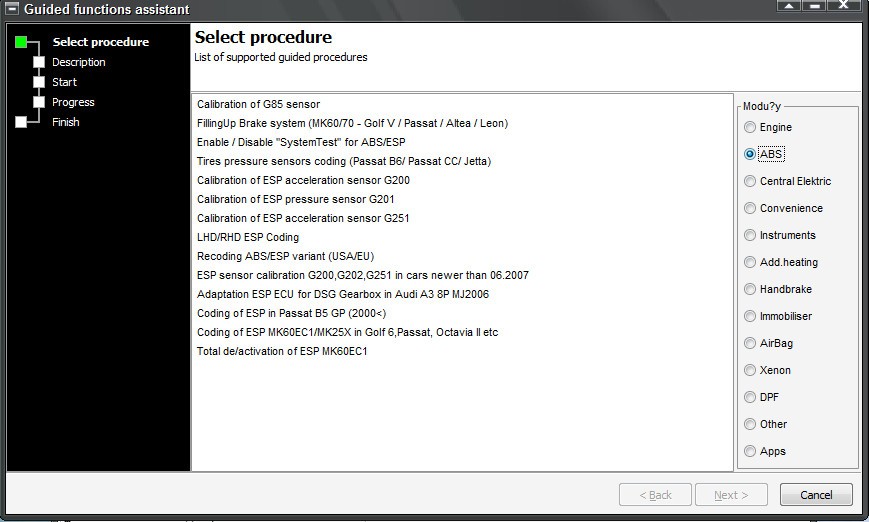 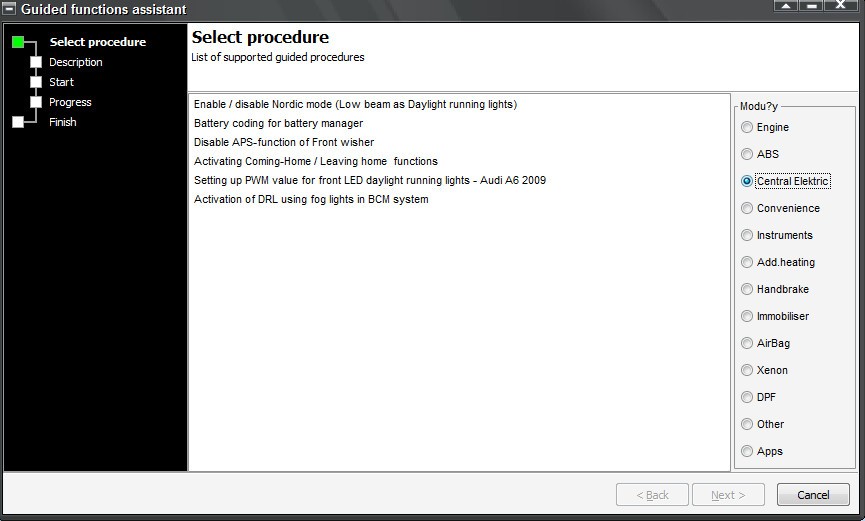 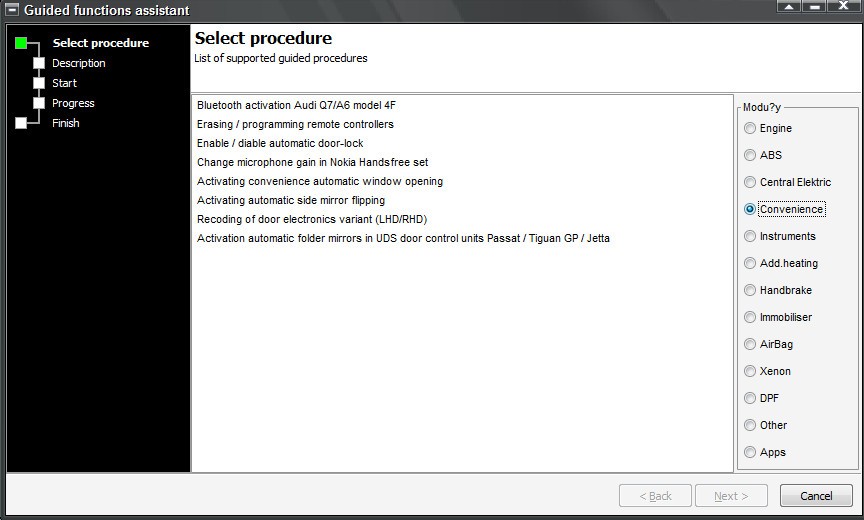 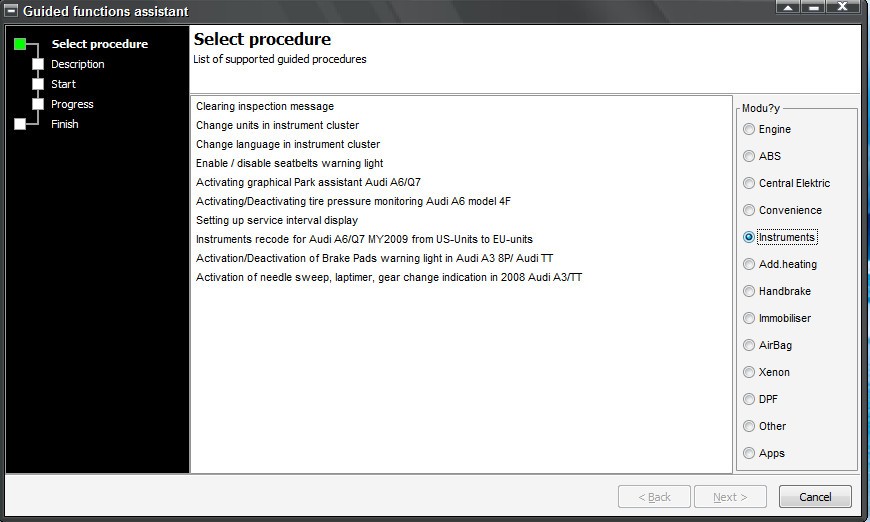 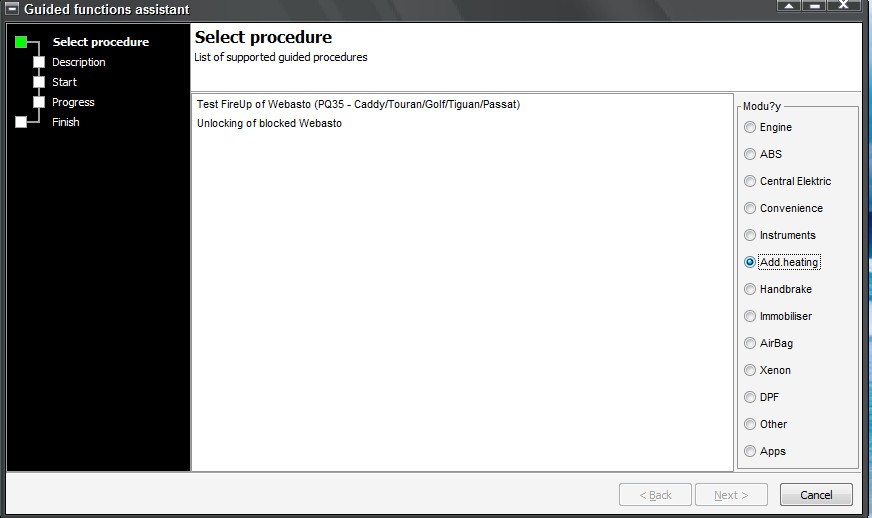 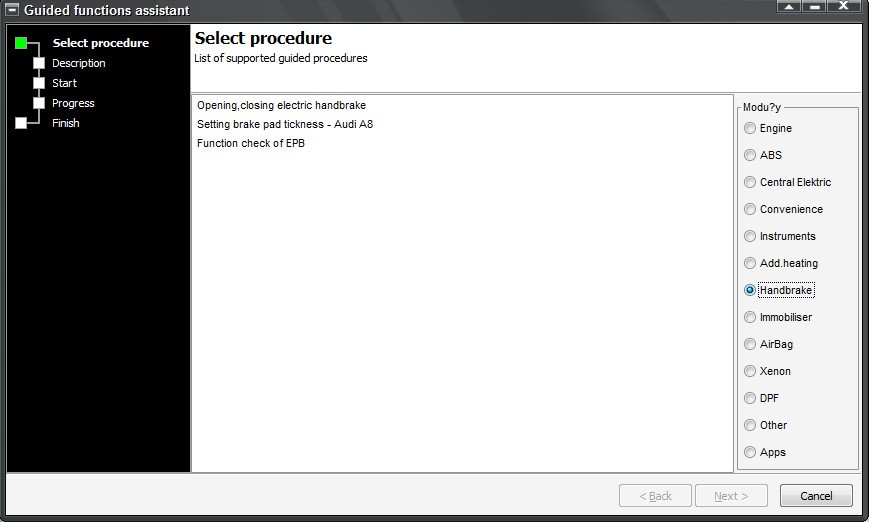 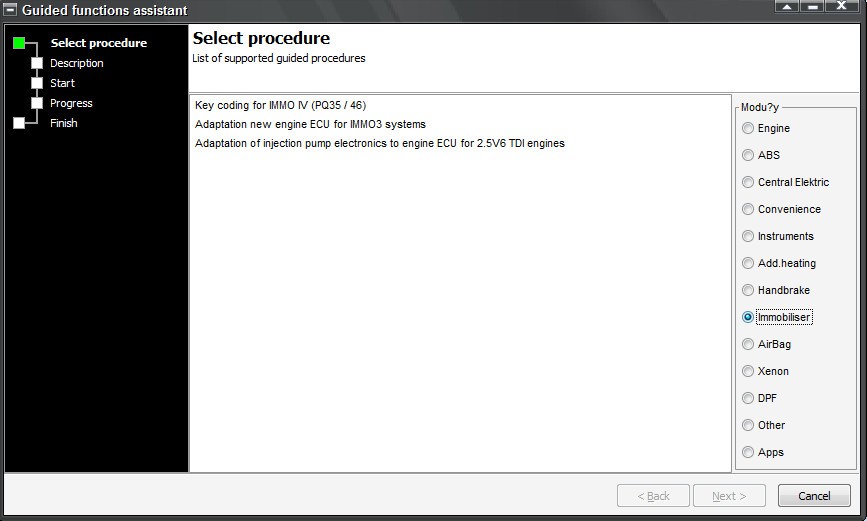 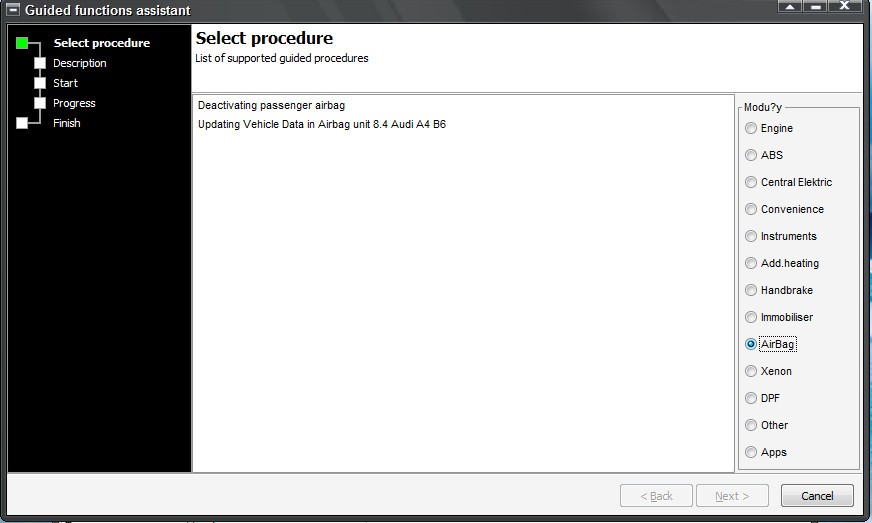 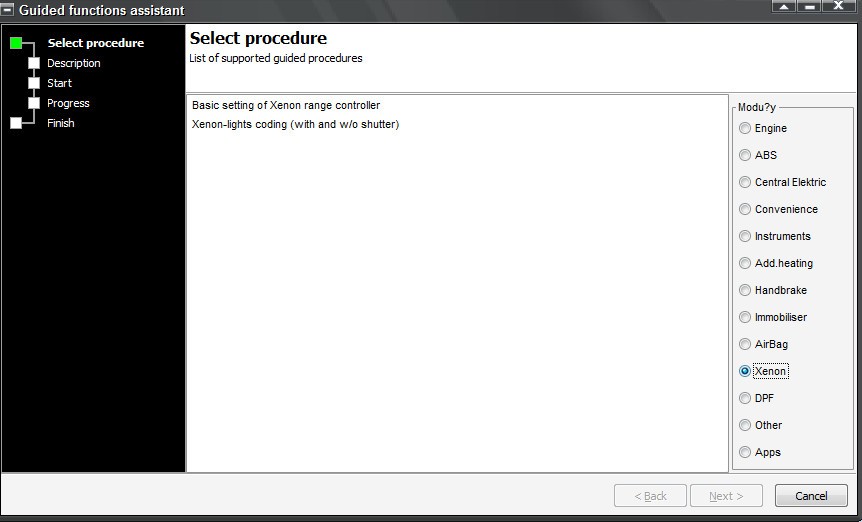 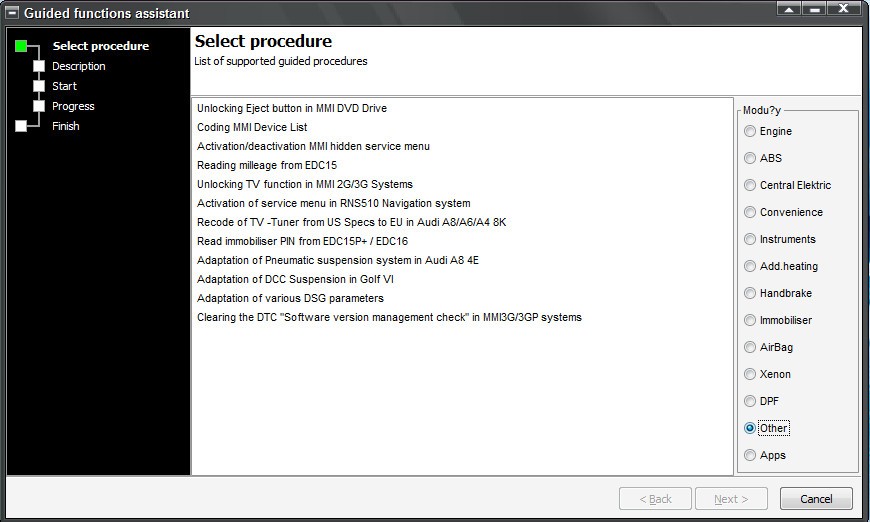 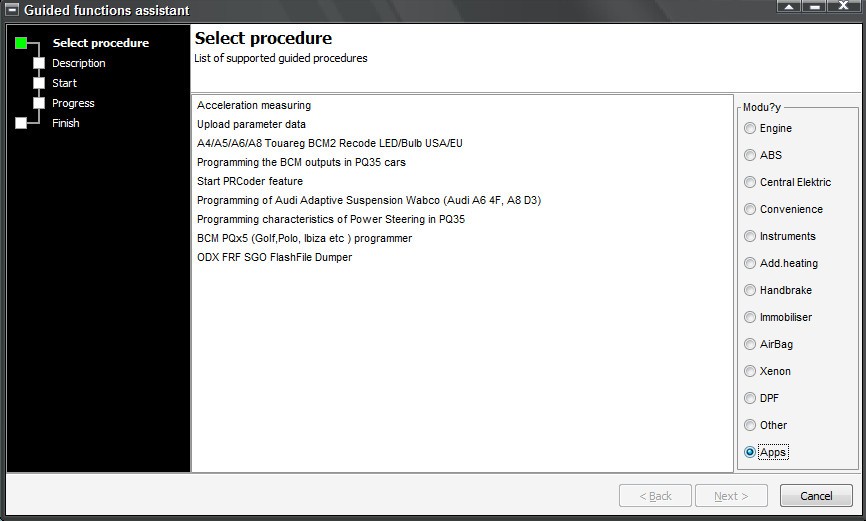 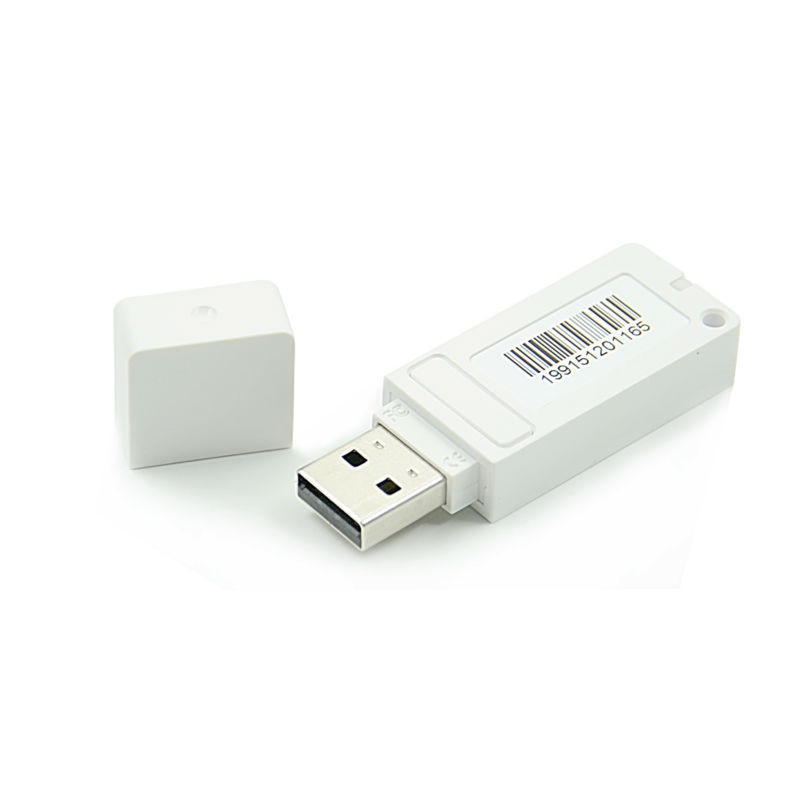 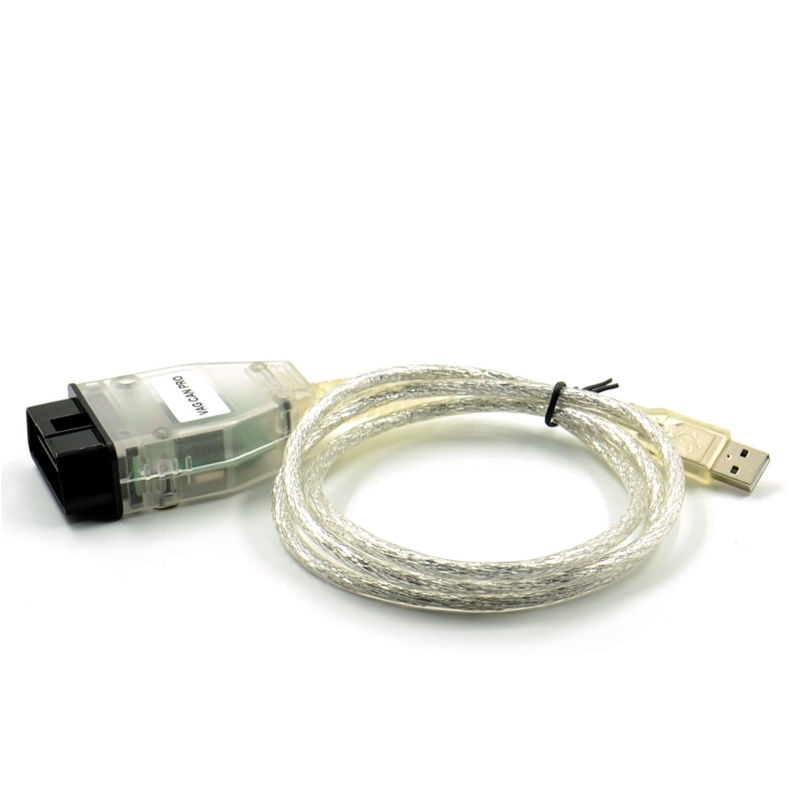 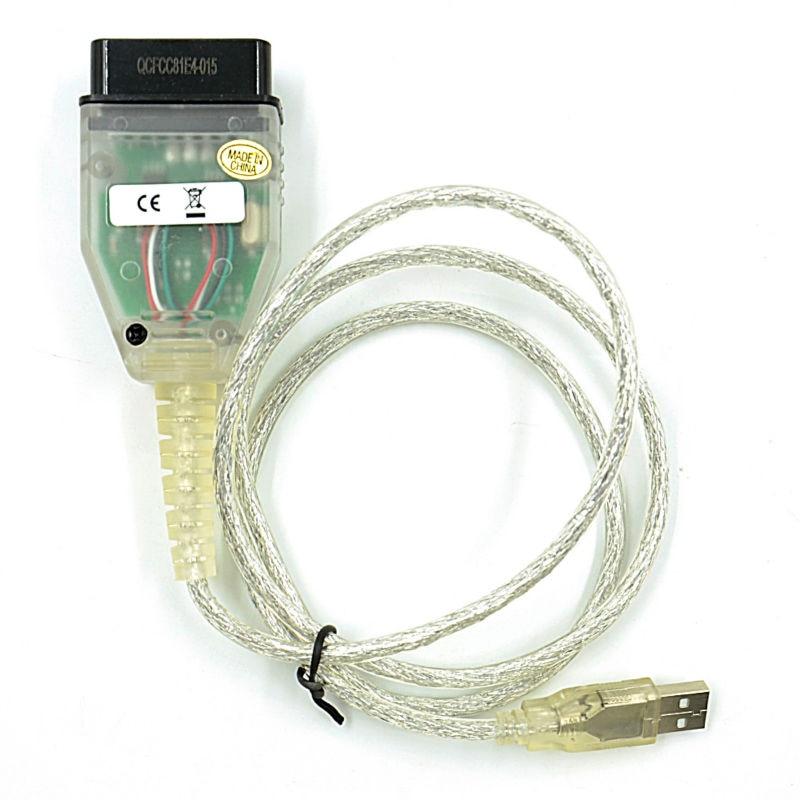 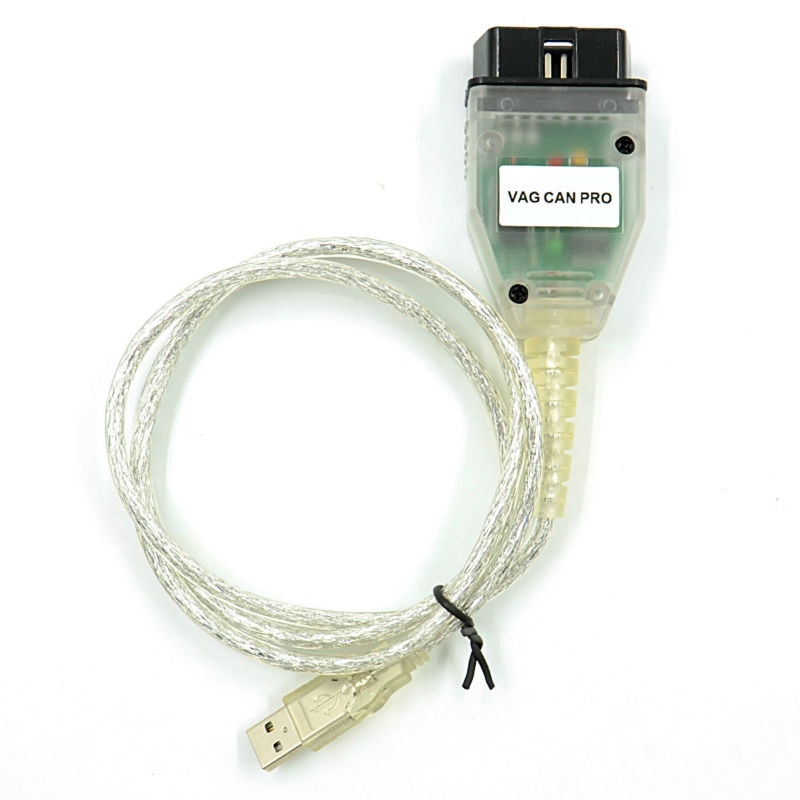 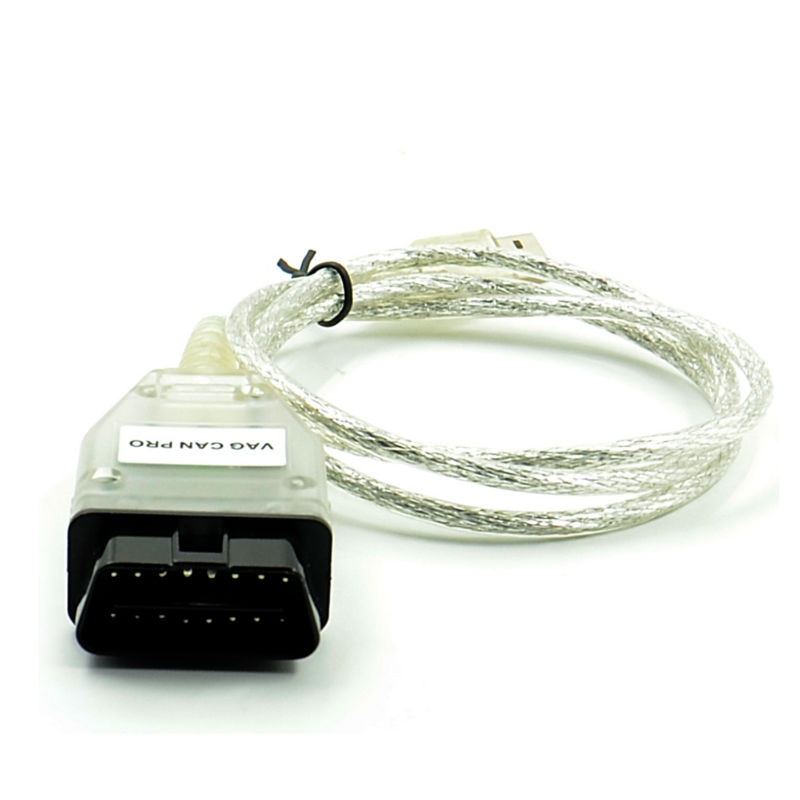 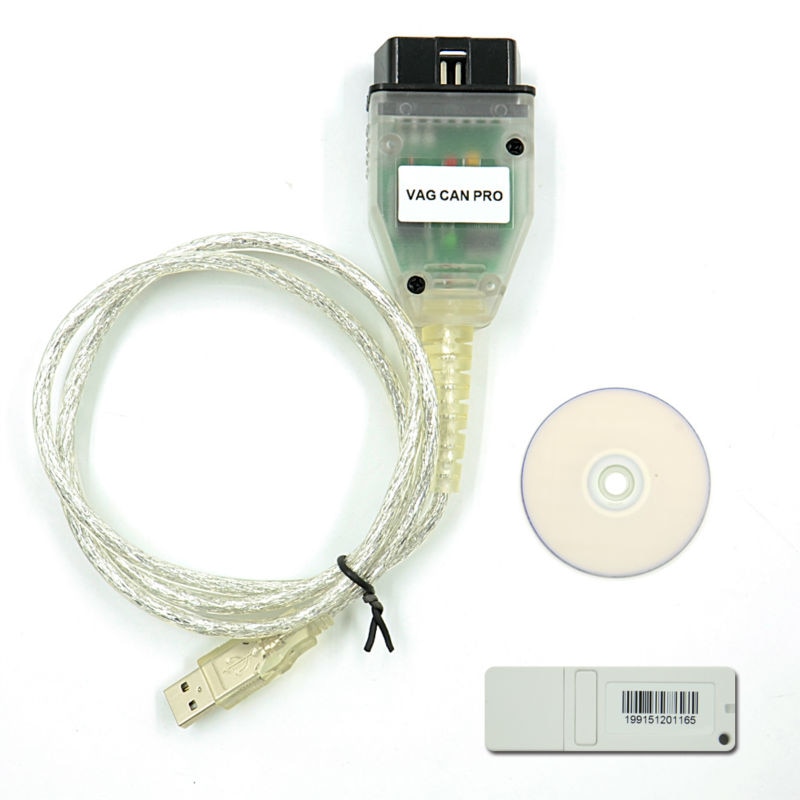 Systems required: Windows 7 and Windows XP , NOT WORK WITH WIN10
Note: It can not use with VCDS software.
It is not ORIGINAL product, some function can not do but does do most things i think is a brilliant bit of kit Jim.